If you watched the most popular TV series in the world, you would have noticed that there’s quite a lot of sex, violence and other adult-oriented material in Game of Thrones. But has the amount increased or decreased over the seasons?

Now that the series has reached its end, we let the AI analyze seasons 1-7 to find out how things have evolved throughout the series history. 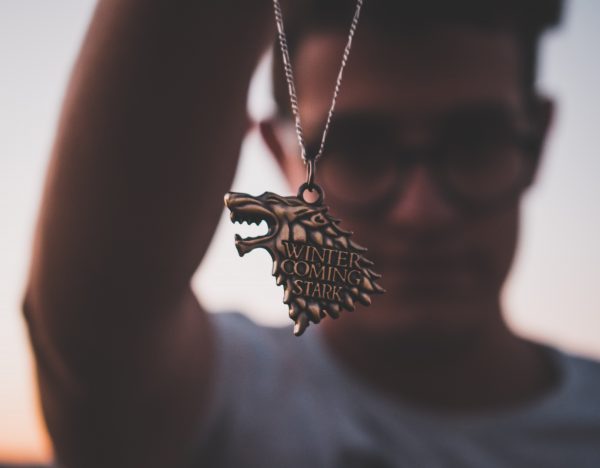 OULU, FINLAND – Game of Thrones has raised questions about the amount of explicit material. As a response to concerns of the numerous sexual violence scenes, author George R. R. Martin has said that even though his books are fiction, he wanted to portray an accurate, classist medieval setting, where the powerful prey upon the powerless, and men prey upon women.

Valossa has developed an artificial intelligence video software that is able to analyze the entire series scene-by-scene and recognize what is happening in the actual video content semantics. Valossa AI is based on modern neural network techniques and has been trained by letting it learn from various scene representations of violence, sensual, sexual, substance use, disasters, bad language and more.

Using the rich metadata, AI can create full reports of inappropriate content scenes highlighting all detected times when adult content appears in the visuals or audio. The software is aimed at supporting the tedious work of video content moderation with a rich report of all the detected inappropriate content segments. AI that is aimed as supporting humans in the moderation work offers significant time savings: computer is able to watch through the content twice as fast as human could, and provide very detailed time segment level summaries of everything it sees and hears in the content. A task that would take humans several hours to complete with traditional reporting tools.

The AI is able to recognize only the explicit visual or auditory semantics. That’s why certain elements such as implied violence and other off-screen activities are not being recognized and recorded. Valossa AI is constantly learning new ways to infer content semantics, and we believe that someday it will be able to infer matters that are implied but not expressed. This also means that sexual violence is categorized here as sexual content, because a deeper contextual understanding is required for the AI to reliably tell the difference, unless direct violent acts are shown.

We have trained Valossa AI to recognize much more than just sexual or violent content, and our nuanced categorization allows users to monitor the use of drugs and firearms and even threatening situations, like aiming with a gun. For this study, we only used recognition of sexual and violent depictions. You can learn more about the supported video recognition categories here: https://portal.valossa.com/portal/apidocs#detectioncategories

So, what can we learn from the first seven seasons through meticulous AI analysis? Here’s a summary of violent vs sexual detection recorded by our AI software: 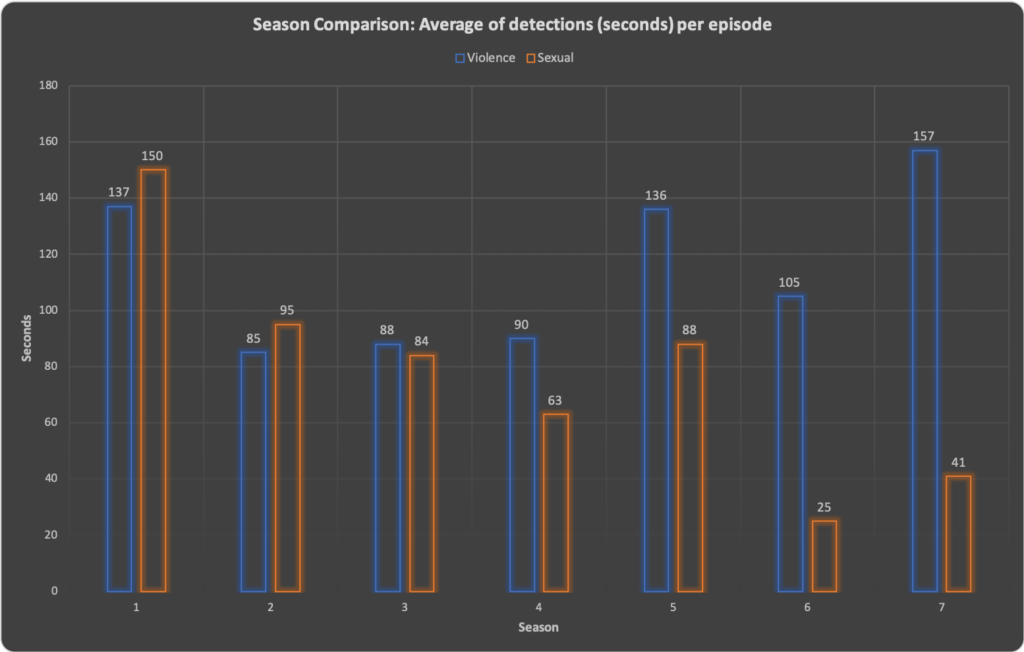 Generally speaking, sexual content has decreased while violent scenes have been facing an increasing trend.

Season 6 is somewhat of an exception.

What is noticeable by looking at the trends is that while the series has grown in popularity throughout the seasons, it has been maturing with respect to using explicit nudity and sex as the driver of viewer attention. One may also think that the trend towards increase in violence relates to the escalating conflict that the Houses are spiralling towards in the series. The graphic nature of depicted violence has not scared off the global viewer base, quite contrary.

We are happy to answer any questions you may have about Valossa AI!